Probiotic foods contain living microorganisms and thus have a health-promoting effect on the host organism. They are said to have versatile properties.

They have a positive effect on the intestinal flora, strengthen the immune system, and can even prevent certain types of cancer.

Probiotic foods contain particular bacteria cultures, the probiotics. These are often acid-tolerant lactic acid bacteria that survive the process of digestion and can spread throughout the intestine.

Probiotic foods help with diarrhea, digestive problems, constipation, and a weak immune system, among other things. Besides, a diet with a regular intake of probiotic foods also helps to lose weight.

Here is a list of foods that are rich in probiotics.

Kombucha is getting made from sugared herbal or black tea to which the so-called tea or Kombucha mushroom is getting added.

Fermentation produces lactic acid, acetic acid, carbonic acid, and alcohol. The finished drink has a similar sugar content to lemonade and, depending on the type of tea, also contains caffeine.

Fresh kombucha is well suited as a probiotic food and has a slight antibacterial effect and positive effects on intestinal health.

Kombucha, which can be getting bought in supermarkets or health food shops, no longer contains live lactic acid bacteria and therefore does not have favorable properties.

Also, attention should always be paid to the sugar and caffeine content when consuming Kombucha, which can vary greatly from variety to variety.

Yogurt is one of the most excellent sources of probiotics, and it is getting obtained from milk that is fermented by lactic acid bacteria. It makes the milk firm and, above all, gives it long shelf life. Yogurt has been proven to improve the intestinal flora and helps against digestive problems such as constipation or diarrhea.

Besides the high content of probiotic bacteria, regular consumption of yogurt helps to improve bone density and prevent high blood pressure. However, this only applies to natural yogurt. Fruit yogurt with added sugar should instead be getting enjoyed as a sweet dish.

The fresher the yogurt, the higher the level of lactic acid bacteria that can enter the intestine alive. So make sure that the yogurt has a long shelf life or is relatively freshly packed. You can also see the benefits of yogurt whey.

Kimchi is a Korean dish made mainly from fermented Chinese cabbage. During fermentation, the cabbage is seasoned with garlic, ginger, chili flakes, and fish sauce and gets its typical reddish color.

Since kimchi contains many fibers, proteins, and vitamins A, B, and C in addition to the lactic acid bacteria, it is considered one of the healthiest foods in the world.

Kefir is traditionally getting made from cow, sheep, or goat milk. Unlike yogurt, however, not only lactic acid bacteria are added to the milk, but also the so-called kefir tuber.

It is a milk fungus that contains yeast as well as bacteria. It converts part of the milk sugar into lactic acid and another part into alcohol and carbonic acid (the alcohol content in fresh kefir is at most 0.5 vol.)

Kefir contains even more live probiotic bacteria than yogurt, and just like yogurt, it improves bone density and helps with digestive problems. Besides, regular consumption of kefir regulates blood pressure and has an antimicrobial and anti-inflammatory effect.

Traditional kefir is almost lactose-free, which makes it safe for most people suffering from lactose intolerance. Due to its compelling folic acid content, it is also very healthy, especially for pregnant women, to drink kefir regularly.

Similar to tofu, tempeh is getting made from pickled and fermented soybeans or grains. It has a meaty texture and is tasteless and odorless.

Fermentation is stimulated by lactic acid bacteria, which makes tempeh a high probiotic food that is also suitable for vegans.

Tempeh also contains a lot of healthy protein, which can be absorbed and utilized by the body exceptionally well through fermentation. Besides, it is rich in minerals such as magnesium, potassium, and phosphorus.

Pickled cabbage is getting produced by the fermentation of white or pointed cabbage, to which lactic acid bacteria are getting added. The fermentation process makes the cabbage more comfortable to digest and contains many living probiotic bacterial cultures.

Raw, pickled cabbage is an optimal probiotic food, which is also particularly suitable for vegans.

In addition to the health benefits of probiotic lactic acid bacteria, pickled cabbage contains a high amount of vitamin B12, vitamin C, and fiber.

Only fresh pickled cabbage must contain lactic acid bacteria and vitamins. Pasteurized pickled cabbage from a can or jar contains neither vitamins nor probiotic bacteria due to the heating process.

Not all cheeses are getting considered to be probiotic foods. Living lactic acid bacteria are mainly found in Cheddar, Gruyère, Gouda, Mozzarella, and Parmesan cheese. The older the cheese, the more probiotic bacteria will it contains.

In addition to the healthy probiotic bacteria, cheese contains a lot of healthy protein, vitamin A, vitamin B2, and calcium.

Vitamin A has a positive effect on our skin and mucous membranes, and vitamin B2 boosts the metabolism and cell renewal.

However, the same applies to cheese. Pasteurized varieties do not contain living probiotic bacteria due to the heating process.

Miso comes from the Japanese kitchen. The spicy paste is usually getting made from soybeans and grains, such as rice or barley.

During the long ripening period, lactic acid bacteria ensure that the paste ferments and gets its typical taste.

Traditionally produced miso contains not only many probiotic lactic acid bacteria but also many proteins and fibers.

Since miso is getting produced without animal ingredients, the paste is also ideal as a probiotic food for vegans.

Apple cider vinegar is getting made from apples which ferment to cider and then again to vinegar. During fermentation, many lactic acid bacteria are getting formed, which have a positive effect on the intestinal flora.

In addition to the probiotic effects, cider vinegar is also getting said to help against colds, gout, and arthritis. However, but for now, there are no studies yet to prove this.

Its color can recognize an excellent natural apple cider vinegar. It should be cloudy and brown to slightly golden. Besides, a cobweb-like substance should be visible in the vinegar as soon as it is getting held against the light.

Pickled gherkins, also called sour cucumbers, are prepared in a liquid of water, herbs, sugar, and salt and then preserved by lactic fermentation.

Due to their high content of probiotic lactic acid bacteria, pickled gherkins contribute to improved digestion and has several positive effects on the immune system. They also contain only 11 kilocalories per 100 grams and no fat.

Probiotic foods are healthy and have a positive effect on both the intestinal flora and the immune system.

Best of all, many different foods have similar effects and can be getting integrated into your daily diet.

When shopping, however, you should always make sure that the fermentation and fermentation processes are getting carried out naturally.

It is the best way to ensure that the products have the desired effect.

Which foods are suitable for a healthy intestinal flora?

Are all yogurts probiotic?

Which yogurt is good for the intestinal flora?

The good bacteria must be very resistant to gastric acid, as they can only support the intestinal flora while alive. Probiotics naturally occur mainly in foods such as yogurt, kefir, buttermilk, and sauerkraut.

What is better, probiotics, or prebiotics?

Probiotics are preparations containing viable microorganisms, for example, lactic acid bacteria and yeasts. Prebiotics are non-digestible food ingredients that support the growth and activity of bacteria in the large intestine - for example, dietary fibers such as oligofructose and inulin.

Which probiotics for intestinal cleansing?

These useful bacteria are called probiotics. The most important representatives of probiotics are Lactobacillus acidophilus and Bifidobacterium Bifidus.

Kefir contains even more live probiotic bacteria than yogurt, and just like yogurt, it improves bone density and helps with digestive problems. Traditional kefir is almost lactose-free, which makes it safe for most people suffering from lactose intolerance.

For what are probiotics good?

Harmless digestive problems such as flatulence can be getting driven away so often. Some probiotics also produce antibiotic antibodies against pathogenic germs or increase the activity of specific immune cells. It can support the entire body's defense system.

What is a probiotic yogurt?

Probiotic yogurt is yogurt for life. At least that is what the manufacturers claim. Particular germs are supposed to aid digestion. That's why most yogurt is first getting produced with the usual cultures, and when it is ready, the probiotic microbes are getting added.

Is kefir a probiotic?

The lactic acid bacteria in kefir promote a healthy intestinal flora and thus support proper digestion and an entire immune system. Kefir from whole milk is a good source of calcium and contains vitamin K2.

Feel free to share this article with someone who has an interest in foods that are high probiotics and in healthy living. 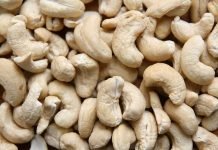 Foods high in copper – Here is the list of rich copper foods! Foods high in zinc – The best sources of zinc in food is here! Foods high in calcium – Get the best food list that contains much calcium! 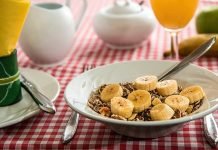 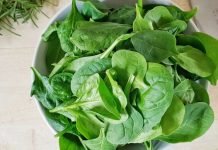 A list of foods high in antioxidants – Helper against free radicals List of foods that are rich in hyaluronic acid – Look Naturally Beautiful! Fatih Uzel - 18/03/2018 0
Navigation Device For Cyclists: Put this smart compass navigation device on your bike and let it show you the way you have planned through...