The winter has started. It feels awful for those who don’t have a house and trying to sleep on the streets.

How does it feel for homeless people do not own a home and have to face the busy cold streets to take a nap?

Today, I have found a fascinating article about a few great peoples and a community that has started a profitable humanity project.

There are sometimes people around us who want to change something, like the two UK women who have created a Bus Shelter Homeless project.

A community came together for the people who need a warm bed on cold days.

Sammy Barcroft and Joanne Vines are the leaders of charity groups named The Rucksack Project, and they joined to some organizations turning old useless vehicles into mobile homeless shelters.

They bought a Stagecoach bus left behind for scrap. They call out for help to start the “double-decker bus bed shelter project.”

It took about eight months with up to 80 workers and a cost like $8000 to let the bus have its kitchen with 12 beds inside.

Most of the renovators donated there own time and talent’s for such a homeless bus project.

Usually, this kind of project had cost more than $33k.

Thanks to people who supported for free.

Vines told at the end of the project:

“it’s finished, and it’s staying in Portsmouth, but I’m happy to have a rest,”

Take a look at these pictures and write your comments. 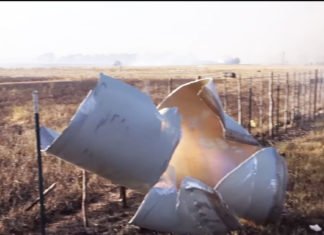 Many Ways To Land The Orbital Rocket Booster Wrong

Fatih Uzel - 15/09/2017 0
Space X is showing up funnily "How Not to Land an Orbital Rocket Booster"! The only company showed its failed rocket launches with funny...

Cat Spraying and Urine Marking: All About Why and What To...

How Much Water Are You Supposed To Drink A Day?

Clothes You Need To Get Rid Of In Your Wardrobe

How Would Disney Princesses Look Like In The Future?